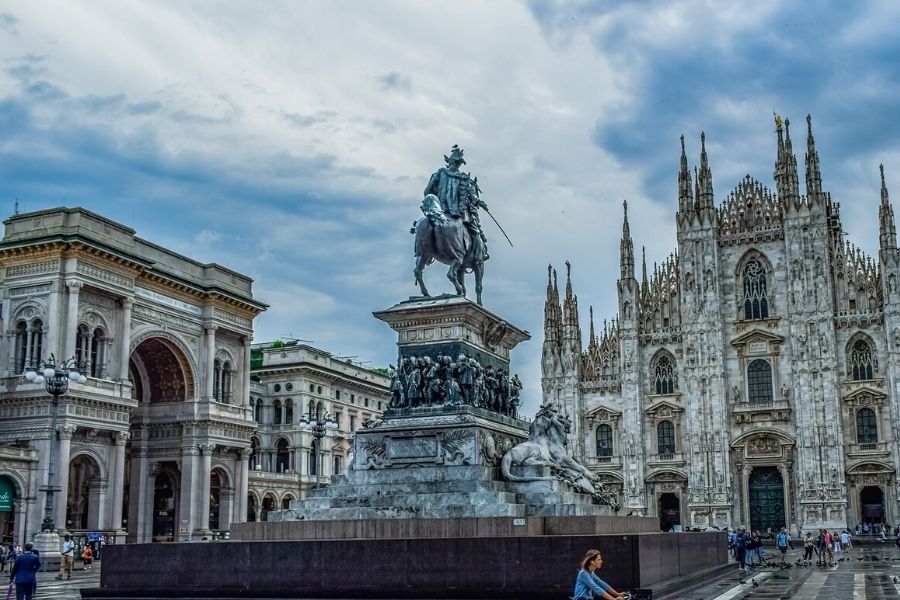 Case 1: Hangzhou Intermediate People's Court (Hangzhou Court) of China rendered the civil ruling "(2013) Zhe Hang Min Que Zi No.3" ((2013)浙杭民确字第3号) on 21 December 2015, to dismiss the application for recognition and enforcement of the civil ruling made by the Milan District Court of Italy (Italian: Tribunale di Milano) (Milan Court), which was numbered "51117/201012R.G".

In the aforementioned three cases, Chinese courts examined the application for recognition and enforcement of Italian court judgments in accordance with the Treaty of Judicial Assistance in Civil Matters between the Italian Republic and the People's Republic of China (Italian: Ratifica ed esecuzione del trattato tra la Repubblica italiana e la Repubblica Popolare di Cina per l'assistenza giudiziaria in materia civile, con allegati, fatto a Pechino il 20 maggio 1991) (the Treaty). According to Article 24 of the Treaty, the Party requesting the recognition and enforcement of the court decision must present a true and complete copy of the decision.

The applicant in Case 3 is Li, and the respondent is his ex-wife Dong Yazhen (Dong). Lishui Court, in its ruling of 31 March 2014, recognized the relevant judgment of Milan Court. According to the PRC Civil Procedure Law (CPL), this kind of court ruling takes effect once it is made, which means that the parties cannot appeal. However, in order to correct the erroneous judgments and rulings that have become effective, the retrial procedure (also called “adjudication supervision procedure”) is stipulated in the CPL. Lishui Court initiated the retrial procedure for the case, namely, on 25 April 2018, it made the civil ruling "(2018) Zhe 11 Min Jian No.1" ((2018) 浙11民监1号民事裁定书), and Lishui Court retried the case according to the ruling. In the retrial procedure, Dong presented to Lishui Court similar reasons in the reply as those put forward by the respondent in Case 1 and Case 2. In addition, Dong also said that Zhejiang High People's Court investigated and obtained evidence from Milan Court, which proved that the civil judgment of Milan Court submitted by the applicant was forged. Therefore, Lishui Court finally adopted the same view as Hangzhou Court in Case 1 and Case 2, withdrew the original ruling and dismissed Li's application.

Whether the foreign judgment submitted by the applicant is true or not, is one of the focuses of Chinese courts.

We suspect that the respondent in Case 3 did not initially verify the authenticity of judgment as the respondent in Case 1 and Case 2 did. Lishui Court made a ruling before Hangzhou Court. After the judgment was issued by Hangzhou Court, Lishui Court found that there was likely to be a similar situation in Case 3, and the retrial procedure was initiated.

We suggest that, in order to facilitate Chinese courts to examine the authenticity of foreign judgments, the applicant had better obtain a certificate issued by official organs of the country where the judgment was made, to prove that the judgment is true and has come into effect. It is best to have the certificate notarized by a notary organ and certified by the Chinese consulate in the local area. In this way, Chinese courts can be persuaded to recognize the authenticity and validity of foreign judgments.

As mentioned above, the parties cannot appeal against a Chinese court ruling that recognizes and enforces a foreign judgment, but the ruling may be overturned in the retrial procedure, as in case 3.

Even so, in most cases, the retrial procedure will not materially affect the final result of the case. Because, in China, the initiation of retrial procedure is very complicated work, and the court is also very scrupulous with it. In general, only a very small number of cases are likely to be retried, and only the original judgment or ruling of some cases will be overturned after the retrial.

However, we still need to pay attention to the possible impacts of the retrial.