What If You Don't Want to File an Arbitration Application at HKIAC? 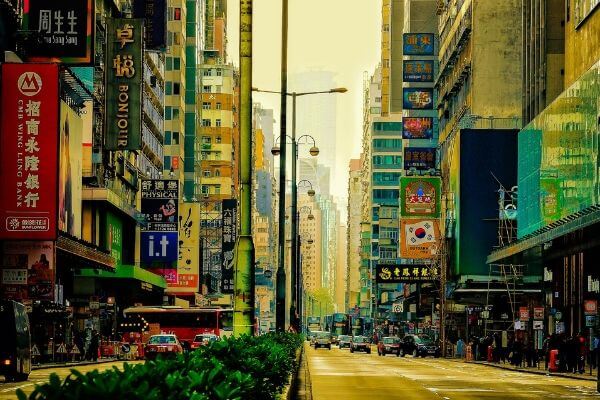 For many US Dollar funds investing in China, Hong Kong International Arbitration Center (HKIAC) is usually mutually agreed as the seat of arbitration in the dispute resolution clause of the investment agreement. However, in fact, when a dispute occurs, both the investor and the investee find that the HKIAC is not the best institution to resolve such dispute. Therefore, they seek to invalidate such arbitration clauses in Chinese courts.

1. Why do US Dollar funds investing in China tend to choose arbitration at HKIAC?

If a US Dollar private equity fund is intended to invest in China, they will usually set up a company in Hong Kong, which holds shares of a target company in mainland China. Therefore, relevant transaction documents, such as the shareholder agreement and the shares purchase agreement between the said fund and the Chinese investees often provide that Hong Kong Law shall be the applicable law and HKIAC shall be the arbitration institution for dispute resolution.

In consideration of such phenomenon, HKIAC promotes its advantages in its official website, reading that "HKIAC is excellently placed to deal with disputes arising from all international transactions. It also enjoys a particular advantage in relation to disputes involving Chinese parties."

2. Are investors really keen to resort to HKIAC when a dispute occurs?

When these private equity funds face actual investment disputes, they are not truly willing to choose the method of arbitration to exercise their rights, as stated on the HKIAC website.

First, private equity funds often do not choose to arbitrate if they can reach an agreement to opt out by negotiation, consultation, or any other non-litigation methods.

In addition, the arbitration costs and attorney fees in mainland China is relatively low, and investors can control the cost of dispute resolution better.

3. Investors try to get rid of the restrictions under the HKIAC arbitration clause

Since the HKIAC arbitration clause is usually stipulated in the investment agreement, the investor has to resort to the Chinese court in case a dispute occurs and seeks to invalidate arbitration clause, so that investors can choose other dispute resolution methods.

The judicial interpretations relating to the transfer of creditor's rights, issued by China’s Supreme People's Court (SPC) can, to some extent, enable investors to achieve the aforementioned objectives. If the investor transfers the creditor's rights provided in the investment agreement to a third party and the transferee does not know or explicitly object to the arbitration clause therein, the transferee will most likely not be bound by the arbitration clause. Therefore, when the transferee participates in dispute resolution, it no longer needs to resort to HKIAC.

Such matters are stipulated both in Article 9 of Interpretation of the SPC concerning Some Issues on Application of the Arbitration Law of the People's Republic of China (最高人民法院关于适用〈中华人民共和国仲裁法〉若干问题的解释) (implemented on 8 September, 2006, and revised on 16 December, 2008) and Article 33 of the SPC's Interpretation of the Application of the Civil Procedure Law of the People's Republic of China (最高人民法院关于适用《中华人民共和国民事诉讼法》的解释) (implemented on 30 January, 2015). At present, in judicial practice, the courts have a different understanding as to whether the transferee can clearly object to it and thereby exclude the arbitration clause in the original agreement. Some judgments have also confirmed that the transferee of the creditor’s right is entitled to unilaterally exclude the original arbitration clause and such dispute should be tried by a competent local court. Some private equity investors who hold both private equity investments in US Dollar funds and RMB funds are taking this approach to get rid of restrictions of HKIAC. They transferred the creditor's rights of their US Dollar funds to their RMB funds, and then the RMB fund will choose a domestic arbitration institution or domestic court as the institution for dispute resolution and such practice is in line with commercial interests and satisfies the legal requirements.

HKIAC alleges that “it enjoys a particular advantage in relation to disputes involving Chinese parties.”, but in fact, many private equity funds are increasingly disagreeing with such advantage in actual disputes.

This may lead to consequences that, on the one hand, investors who have agreed to arbitrate in HKIAC will take the aforementioned way to get rid of the restriction of the arbitration clause, on the other hand, investors will avoid agreeing to arbitrate at HKIAC when signing investment agreements in the future.

In short, the market position of HKIAC is facing the risk of being weakened.