1. How to prove reciprocity?

If you want Chinese courts to recognize your foreign judgment, an important premise is that the country in which the judgment was rendered (i.e., the state of origin) has concluded relevant international treaties with China, or that there is a reciprocal relationship between the two countries. However, since most of China’s major trading partners have not yet concluded any relevant international treaty with China, whether China will recognize a foreign judgment often depends on the reciprocal relationship between the two countries.

As we have already mentioned in our previous posts, Chinese courts are discussing three kinds of reciprocal relationships, each of which is proved in a different way.

By now, China has been adopting the de facto reciprocity in judicial practice, that is, if the foreign country has a precedent for the recognition of a Chinese judgment, the Chinese court may, in accordance with the principle of reciprocity, recognize the foreign judgment. Therefore, in order to prove the reciprocity, Chinese courts need to obtain the judgment of this precedent.

China’s Supreme People’s Court (SPC) is also advocating the presumptive reciprocity, such as the presumptive reciprocity test proposed in the Nanning Statement, that is, if two countries have not been bound by any international treaty on mutual recognition and enforcement of foreign civil or commercial judgments, both countries may, subject to their domestic laws, presume the existence of their reciprocal relationship, when it comes to the judicial procedure of recognizing or enforcing such judgments made by courts of the other country, provided that the courts of the other country had not refused to recognize or enforce such judgments on the ground of lack of reciprocity. In this case, as long as Chinese courts have not obtained any such foreign court ruling against the recognition of a Chinese judgment on the ground of lack of reciprocity, it can be presumed that there is a reciprocal relationship between the two countries.

In addition, the SPC has also considered the de jure reciprocity in the draft judicial interpretation concerning the recognition and enforcement of foreign judgments, that is, even for a country without a precedent of recognizing the Chinese judgment, if according to the law of the country where the judgment is rendered, a Chinese judgment may, under the same circumstances, be recognized and enforced by the foreign court, the Chinese court may recognize the foreign judgment. In this case, in order to prove the reciprocal relationship, Chinese courts need to obtain the law of that country and be able to accurately interpret it.

Now the question is: Who is responsible for investigating and proving reciprocal relationships?

2. Who shall prove the reciprocity?

The establishment of reciprocal relationships also involves the ascertainment of foreign law. However, under Chinese private international law, the existing rules on proof of foreign law only aim at ascertaining applicable foreign law, and cannot be applied to determine the issue of reciprocity. In other words, there is no specific rule on the burden of establishing reciprocity.

Moreover, to our knowledge, in the draft judicial interpretation concerning the recognition and enforcement of foreign judgments, the burden of establishing reciprocity has not yet been mentioned.

Chinese judges have expressed their views on this issue in their articles, but their views vary.

The SPC’s Judge Shen Hongyu (沈红雨) believes that in principle, it is the court that should ascertain the reciprocal relationship, but the court can also request the parties to provide foreign law. [1] In Judge Shen’s view, the burden of establishing reciprocity can be determined by referring to China’s rules on ascertainment of foreign law

We believe that, in any case, it is better for the applicant to prove the reciprocity to the court as much as possible. Because, as we have emphasized many times, judges of Chinese local courts are not competent enough to ascertain foreign laws. Even if the law stipulates that judges are obligated to ascertain reciprocal relationships, this does not mean that judges are capable of doing so.

For example, in the case of "Zhang Xiaoxi’s Application for Recognition and Enforcement of a Korean Court Judgment" in 2015, Shenyang Intermediate People’s Court of China held that there was no reciprocal relationship between China and Korea. However, the fact is that, as early as 1999, Seoul District Court of Korea, in accordance with the relevant laws and regulations of recognition and enforcement of judgments in China and Korea, found that there was a reciprocal relationship between China and Korea, and accordingly recognized a civil judgment made by Weifang Intermediate People’s Court of Shandong Province in China. It was not until 2019 that Qingdao Intermediate People's Court of Shandong Province noticed the Korean precedent and recognized the Korean judgment accordingly.

In addition, no matter who proves the reciprocal relationship, the respondent (judgment debtor) can prove that there is no reciprocal relationship, for example, by submitting to the Chinese court a foreign precedent against the recognition of a Chinese judgment on the ground of lack of reciprocity. Therefore, applicants also need to consider this possibility.

Earlier in May, the SPC has proposed to establish a database to improve the accuracy and efficiency of judges in ascertaining reciprocal relationships, as part of the ideas in promoting the global circulation of foreign judgments. We are also looking forward to the early completion of this database. 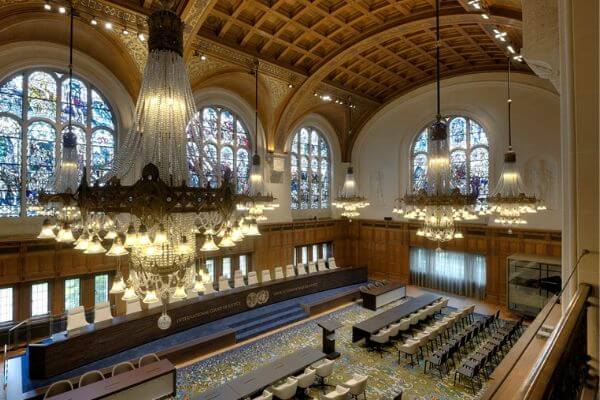