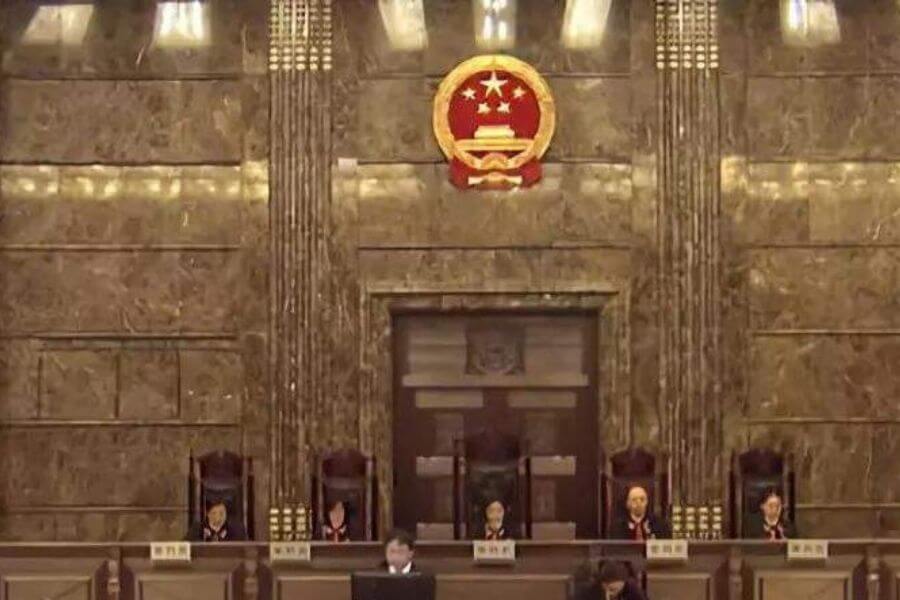 The third-round judicial reform lasted from early 2014 to September 2017. This judicial reform was directly under the leadership of the Central Committee of the Communist Party of China (CCCPC) and involved all Chinese judicial organs (including the courts) and legal professions.

In November 2017, Justice Zhou Qiang (周强), President of the SPC, summarized the various measures of the third-round judicial reform (“this reform”) in the “Report of the SPC on the Comprehensive Deepening of Judicial Reform by the People's Court” (最高人民法院关于人民法院全面深化司法改革情况的报告). From Justice Zhou Qiang’s report, We can observe the reform of Chinese courts with a series of measures, ranging from (1) the establishment of judicial accountability system, (2) the strengthening of human rights protection in criminal proceedings, (3) the adjustment of the court system, to (4) the response to social public opinion, (5) the resolution of the enforcement dilemma of court judgments, (6) the expansion of the court's open justice, (7) the development of the court's informationization and intelligence.

I. The Establishment of Judicial Accountability System

Prior to this, Chinese judges may be interfered by other people when they hear the case, and those who instruct the judge to make a judgment usually do not have to bear responsibility for the judgment.

The SPC organized courts across China to screen from their court staff, and selected 120,138 judges from the original 21,1990 judges to retain their qualifications as judges.

The SPC requires that judges be held accountable for life for the quality of cases they have handled. (i.e., the lifetime responsibility system). To this end, the SPC has established the judicial disciplinary committees in each province, which shall determine the judges’ misconducts during trial work.

3. Judge’s Independence during the Trial

Inside the Chinese courts is a hierarchical structure, and court personnel are divided into different levels. Prior to this, the judge at a higher level has the power to review the judgment to be made by the lower-lever judge and to decide whether to approve the issuance of the said judgment. The SPC canceled this judgment issuance system.

After the cancellation of the judgment issuance system, the SPC established a number of other alternative supervision mechanisms to ensure that the quality of case handling is not degraded.

For example, the SPC has established an information system that connects courts at all levels nationwide. This system allows each node of the hearing process to be recorded simultaneously during the trial, which puts the trial activities by each judge in each court under supervision.

5. Improvement of the Judge’s Welfare

In order to motivate judges, the SPC established a new promotion mechanism for judges and increased the salary income of judges.

The SPC requires that the human resources, property and funds of the courts at the intermediate and primary levels be managed by the high people's court of the province in which they are located.

II. The Strengthening of Human Rights Protection in Criminal Proceedings

The SPC organized local courts to correct 37 criminal cases of wrongful or unjust conviction that had significant influence throughout the country, involving 61 defendants.

The SPC also puts more emphasis on the principle of presumption of innocence. From 2013 to September 2017, Chinese courts declared a total of 4032 accused innocent. Prior to this, Chinese courts did not insist on this principle, which resulted in some cases of wrongful or unjust conviction.

2. Substantiation of the Trial

The SPC requires that the presentation of evidence, the fact-finding of the case, the arguments between the prosecution and the defense, and the formation of the judgment shall be conducted before the court.

Prior to this, in many cases, the judge’s review of the evidence, the fact-finding of the case, and the hearing of the arguments between the prosecution and the defense were conducted prior to the trial; or conducted after the trial by the judge through the examination of case files. In addition, quite a few judgments were not made independently by the judges who participated in the trial, but were made under the instruction of the superiors .

Prior to this, the Chinese judicial organs did not emphasize the exclusion of illegally obtained evidence.

The SPC demands that defendants who plead guilty and/or accept punishment, especially those who commit minor offences, first-time crimes and occasional crimes, will be treated in a lenient, summary and speedy manner.

Prior to this, Chinese courts did not adhere to this principle in practice, which led to inefficient criminal procedures.

III. The Adjustment of the Court System

1. Establishment of the SPC’s Circuit Courts

The SPC has established six circuit courts in Shenzhen, Shenyang, Nanjing, Zhengzhou, Chongqing and Xi'an. Prior to this, the SPC did not have any circuit courts.

The SPC established circuit courts in order to, firstly make close supervision of the local courts, secondly reduce the litigation cost of the parties for trial at the SPC, and thirdly disperse the total caseload at the SPC headquarter.

2. Establishment of Courts Across Administrative Divisions

The SPC attempts to establish courts across administrative divisions.

The SPC hopes that courts across administrative divisions will be more independent, and for this purpose, such courts are authorized to hear certain cases that may involve local interests and local protection, such as administrative litigation cases, environmental protection cases, food and drug safety cases, and major civil and commercial cases.

3. Establishment of the Intellectual Property Courts

4. Adjustment to Internal Departments of Courts

The courts at all levels in China have established a large number of departments within them, but many of them are not involved in case trials, which have made the courts more bureaucratic. The SPC hopes that the courts across the country will adjust the internal departments to substantially slash unnecessary departments.

IV. The Response to Public Opinion

1. Establishment of the Registration System for Case Docket

As of 1 May 2015, all courts in China will adopt the Registration System for Case Docket, that is, an application for filing a case that meets the conditions for litigation should be registered on the spot.

Prior to this, Chinese courts often refused to accept applications for case docket from the parties in an informal manner. The main reasons for this practice include: in order to protect certain parties from becoming the accused, or simply to reduce the workload of the court.

However, the Registration System for Case Docket has led to a sudden “litigation explosion” in Chinese courts, which has also become a new dilemma that the SPC is trying to solve.

2. Strengthening of the Alternative Dispute Resolution and the Case Distribution

In order to solve the "litigation explosion" caused by the Registration System for Case Docket, the SPC firstly encourages the parties concerned to solve disputes by mediation and arbitration; secondly, the SPC requires a faster trial procedure for cases involving small amounts.

In addition, local courts are also trying to use a streamlined, modular approach to accelerate the trial.

3. Reform of the People's Assessors System

Unlike jurors in other countries, Chinese people's assessors form a collegial panel jointly with judges, and they enjoy the same powers as judges.

V. The Resolution of the Enforcement Dilemma of Court Judgments

1. Optimization of the Internal Enforcement Agency of the Court

The SPC has also established an enforcement process management system based on its information system, enabling the SPC to supervise and manage the enforcement activities of all courts throughout the country.

2. Establishment of the Property Investigation and Control System

The SPC has established partnerships with more than a dozen government departments to enable the enforcement personnel of the court to easily access all property of the judgment debtor through the information system.

The SPC requires that if the property of the judgment debtor needs to be sold, the property should be publicly auctioned online.

Prior to this, the said property was commissioned to auction companies for auction by the enforcement personnel of the court. There have been many corruptions in such auction.

4. Establishment of the Disciplinary Network for Dishonest Judgment Debtors

VI. The Expansion of the Court’s Open Justice

Through these four platforms, the SPC hopes to protect the parties' right to know, to make the courts subject to public supervision, and to procure judges to improve their competency.

The SPC also held many international conferences (such as the China-ASEAN Justice Forum, the BRICS Justices Forum, etc.) to show its open justice to the international community.

VII. The Development of the Court’s Informationization and Intelligence

The SPC and some local courts have developed a number of intelligent assistant systems based on information systems and big data. These systems can push similar cases to judges, correct clerical errors, transcript court recordings into text, and more.

In August 2017, the first Internet court in China, the Hangzhou Internet Court (http://www.netcourt.gov.cn/) was established in Hangzhou. Hangzhou is the place where the headquarter of Alibaba, China's largest e-commerce company, is located. Alibaba is involved in an extremely large number of e-commerce disputes every year, so as early as 2015, there have been e-commerce online courts in Hangzhou.

The Hangzhou Internet Court is mainly in charge of all first-instance cases involving Internet under the jurisdiction of the primary people’s courts in Hangzhou.

The SPC hopes to explore litigation rules related to Internet cases based on the experience accumulated by the Hangzhou Internet Court. For example, the Hangzhou Internet Court tries to allow parties in different places to participate in trials through online video without having to appear in court personally. The court even tries to get parties in different countries to participate in asynchronous online trials to solve the problem that the time difference makes it difficult for the parties to be online simultaneously.